Visual and Other Pleasures
22 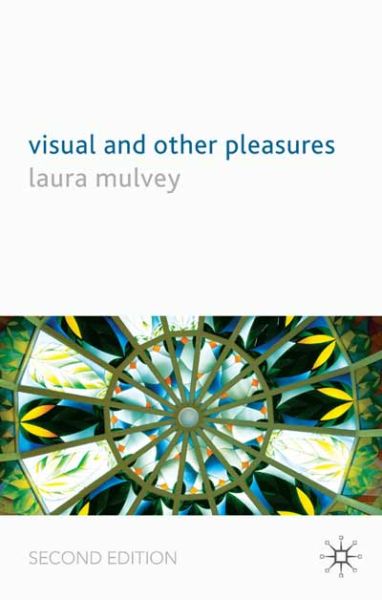 Visual and Other Pleasures

New edition of Laura Mulvey's 1989 collection Visual and Other Pleasure.

The essays republished in this new edition of Laura Mulvey's 1989 collection Visual and Other Pleasures reflect the high optimism of the Women's Movement in the 1970s, its engagement with Hollywood melodrama, psychoanalytic theory and avant-garde film. In an extensive new introduction, Mulvey looks back at the origins of her groundbreaking article Visual Pleasure and Narrative Cinema (originally published in Screen in 1975) and reflects on its historical and autobiographical contexts. She reassesses her 1975 theories in the light of her more recent work on the impact of new technologies, particularly the digital, on film spectatorship. This edition also includes a previously unpublished essay in which Mulvey discusses images and narratives of the 'young modern woman' of the 1920s, through examples of films made both in Hollywood and Europe, and looks at their relevance for feminist film theory.

Contents:
Acknowledgements
Introduction to Second Edition
Introduction to First Edition
Part I: Iconoclasm
The Spectacle is Vulnerable: Miss World 1970
Fears, Fantasies and the Male Unconscious or 'You Don't Know What is Happening, Do You Mr Jones?'
Visual Pleasure and Narrative Cinema
Part II: Melodrama
Afterthoughts on 'Visual Pleasure and Narrative Cinema' inspired by King Vidor's Duel In The Sun(1946)
Notes on Sirk and Melodrama
Fassbinder and Sirk
Images of Women, Images of Sexuality: Some Films by J.L.Godard
Melodrama Inside and Outside the Home
Part III: On the Margins
Frida Kahlo and Tina Modotti
Part IV: Avant-Garde
Film, Feminism and the Avant-Garde
Dialogue with Spectatorship: Barbara Kruger and Victor Burgin
'Magnificent Obsession': An Introduction to the Work of Five Photographers
Impending Time: Mary Kelly's Corpus
Part V: Boundaries
Changes: Thoughts on Myth, Narrative and Historical Experience
The Oedipus Myth: Beyond the Riddles of the Sphinx
The Young Modern Woman of the 1920s and Feminist Film Theory

About the Author: Laura Mulvey is Professor of Film and Media Studies at Birkbeck College, University of London, UK. She is the author of Death Twenty-four Times a Second: Stillness and the Moving Image (2006), Visual and Other Pleasures (1989; 2009), and the BFI Film Classic onCitizen Kane (1992; 2012).

A History of 1970s Experimental Film: Britain's Decade of Diversity