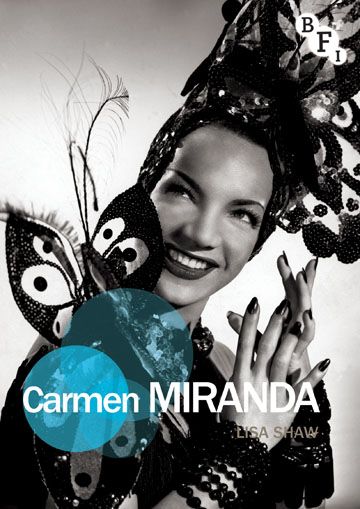 Be the first to review this product
£16.99
by Lisa Shaw
Details
Additional Information
Customer Reviews
Details

Carmen Miranda was not only the first Latin American star to be invited to imprint her hands and feet outside Grauman's Chinese Theatre in Hollywood, she was also, for a period, the highest paid female star in the US. Lisa Shaw's study of Miranda's film career and star persona traces her emergence as one of the first stars of the Brazilian film industry and her subsequent triumph in Hollywood.

Shaw charts Miranda's transition from singer to film star, analysing how her star persona drew on performance techniques honed during her singing career. She examines shifts in Miranda's star identity after her move to Broadway in 1939, and Hollywood a year later, with her identification as an 'ethnic' star emphasised by extravagant baiana costumes. Shaw shows how Miranda consciously constructed an identity that both endorsed and subverted stereotypes about Latin America during the era of the 'Good Neighbor Policy', and explores Miranda's appeal across mainstream and marginalised audiences, both in the US and Brazil.

Finally, she considers why Miranda's image is still instantly recognisable, examining her impact on material culture, particularly women's fashions, both during her lifetime and until the present day, and the role played in the consecration of her 'tropical' star persona by imitators, ranging from Bugs Bunny, Lucille Ball and Mickey Rooney, to contemporary Carmen Miranda imitators of both genders.