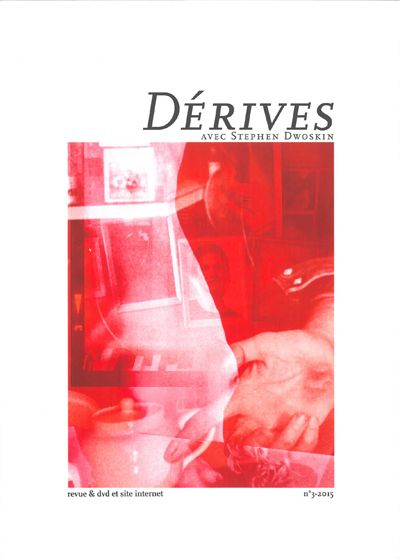 Brixton tube station, at the heart of London’s busy African neighbourhood. Down the road and round the corner, to Beechdale Road. In this quiet terraced side street Stephen Dwoskin’s house-and-world is to be found, the scene of his cinematographic experiments. A house-and-world for, with the passing of time, Stephen, who contracted polio at the age of nine, has become rooted here, amidst his objects, his paintings, the tree in his garden, his editing table upstairs and the rooms which are his film studios.

We came to visit him in 2009. We wanted to talk to him about his films, which we had recently experienced (Moment, Trixi, Behindert, Girl, Central Bazaar, Oblivion, The Sun and the Moon), and in which he gives his spectators the opportunity to share the intensity of his gaze. Seeing his films had prompted a whole series of questions for us: on sexuality, on pain, on the relationship between the body and politics; on the use we make of our freedom ; on the meaning of embodiment ; and on love.

We spent three days in his company, and on occasion that of some friends, exploring a part of his life and his work.

This publication gives an account of our conversations. It also includes graphic illustrations by and photographs of Dwoskin himself, as well as the hitherto unpublished films Trixi and The Sun and the Moon.

Almost 40 years separate the making of Trixi from that of The Sun and the Moon. Both works, using different technologies, feature the same performer, Beatrice Cordua. The first was made on film and the second on video.

Stephen Dwoskin was born in New York in 1939 and began making independent shorts there in 1961. In 1964 he followed his research work to London where he settled and participated in the founding of the London Filmmaker’s Co-op. His experimental films, for which he himself does the camera work, play with ideas of desire, sexual and mental solitude and the passage of time. In his films he also explores representation in cinema, performances, personal impressions and his own physical handicap which has been a source of inspiration for him throughout his career. Dwoskin died on 28th June 2012 in London. His sensitive and emancipating works have been the subject of various international presentations.