Around the World with Orson Welles DVD cover image
14.99 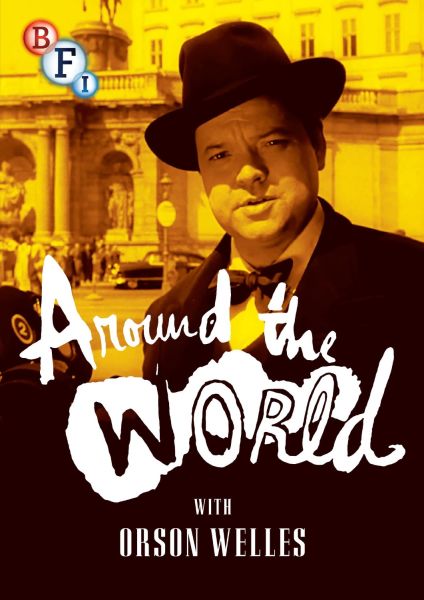 Around the World with Orson Welles

Part home-movie, part cinematic essay, each episode of Welles' first television venture takes the viewer on a fascinating journey to see the famous people and places in key cities across Europe

Orson Welles, a hugely successful polymath who forged a career in film, radio and theatre, was little known for his TV work. In 1955, Associated-Rediffusion commissioned Welles to make his first television production, inviting him to write, direct and host a mini series.

Despite its grand title, the series was filmed entirely in Europe. Part home-movie, part cinematic essay, each episode takes the viewer on a fascinating journey to see the famous people and places in key cities across the continent. In Paris, we are introduced to famous artists such as Jean Cocteau; in Madrid, we attend a bullfight; and in Vienna, in an episode which was long believed lost, we are taken to the locations of The Third Man.

A unique and fascinating entry in the career of one of modern cinema’s most revered figures, Around the World with Orson Welles finally receives its world premiere on DVD.

Around the World with Orson Welles (Blu-ray)