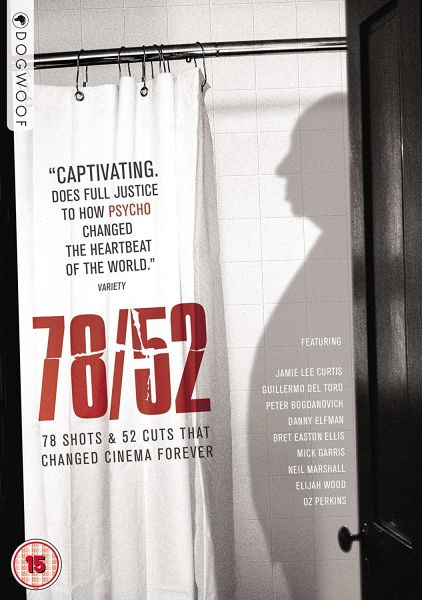 Details
Additional Information
Customer Reviews
Details
In 78 setups and 52 cuts, the deliriously choreographed two-minute shower sequence in Psycho ripped apart cinema's definition of horror. With a shocking combination of exploitation and high art, Alfred Hitchcock upended his own acclaimed narrative structure by violently killing off a heroine a third of the way through his film, without explanation, justification, or higher purpose. Psycho played out like a horrific prank, forcing audiences to recognize that even the most banal domestic spaces were now fair game for unspeakable mayhem. With black-and-white film-geek reverence, director Alexandre O. Philippe breaks down this most notorious and essential scene shot for shot, enlisting the help of film buffs and filmmakers alike - including Guillermo del Toro, Bret Easton Ellis, Karyn Kusama, Eli Roth and Peter Bogdanovich. 78/52 examines Janet Leigh's terrified facial expressions and the blink-and-you-miss-it camera work, not just within the context of the film but also with an eye toward America's changing social mores - revealing how one bloody, chaotic on-screen death killed off chaste cinema and eerily predicted a decade of unprecedented violence and upheaval.
Additional Information
Customer Reviews

A Long Hard Look at Psycho