Godard: A Portrait of the Artist at Seventy
14.99 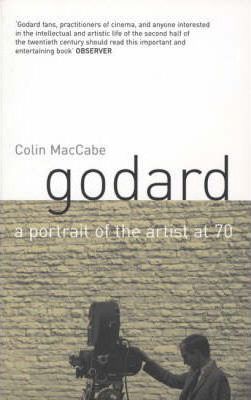 Godard: A Portrait of the Artist at Seventy

Be the first to review this product
£14.99
by Colin MacCabe
Details
Additional Information
Customer Reviews
Details

Jean-Luc Godard's early films revolutionised the language of cinema for everyone, from the "Superbrats of Hollywood" to the political cinema of the Third World. Yet in 1968, he abandoned one of the most brilliant careers in French cinema to pursue his investigations into sound and image on the periphery of the industry he had rejected.

Following a protected childhood in Switzerland in the Second World War, the post-war years saw Godard as a troubled adolescent in Paris, where the prescribed courses of the Sorbonne were ignored in favour of the extraordinary teaching of Andre Bazin, the greatest of film critics.

In the pages of "Cahiers du Cinema", Godard - together with Truffaut, Rohmer, Rivette and Chabrol - hammered out an aesthetic that would take the world by storm as the young critics swapped pens for cameras at the end of the 1950s to create the cinema of the nouvelle vague.

Hugely prolific in his first 10 years - "A Bout de Souffle", "Le Petit Soldat", "Le Mepris," "Pierrot Le Fou", "Alphaville", "Made in USA" and many others all appeared in the 1960s - Godard became and remains one of the most adventurous and enigmatic film-directors at work in the world today.