The Films of Franciszka and Stefan Themerson
16 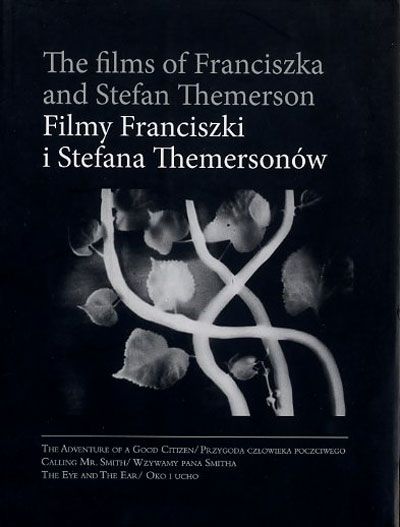 The Films of Franciszka and Stefan Themerson (DVD)

by Franciszka and Stefan Themerson

Stefan and Franciszka Themersons had a significant influence on the art and philosophy of the avant-garde of Eastern Europe during the 1930s. Their work reflected something of the Dada and Constructivist forms and ideas of the time, but what most distinguished them throughout their lives, was their remarkable invention and technical experiment.

This was true of every field they became involved in: photography, literature, art, design and publishing, as well as film. They were the most important makers of avant-garde film in pre-war Poland. After they settled in London in the early 1940s, they made two films under the auspices of the Polish Government in Exile including their first British film, Calling Mr Smith (1943), a rallying call to open the eyes and minds of the British public to Nazi atrocities in Europe.

The DVD contains:
Adventures of a Good Citizen, 1937, 9 min
"There are two sentences spoken in Polish. At the beginning the CARPENTER shouts to one of the two men with a wardrobe: ‘The sky won’t fall in if you walk backwards!’ This is overheard (over the telephone) by THE GOOD CITIZEN (a civil servant) who also decides to try walking backwards. In the street, he collides with TWO MEN WITH THE WARDROBE, and now it is he and one of the other two who carry the wardrobe backwards out of the town and into the forest. A group of people (representing a cross-section of society) march with banners to protest against walking backwards." - Stefan Themerson

Calling Mr Smith, 1943, 10 min
Calls on ‘Mr Smith’ to support the war effort as an anti-fascist struggle, illustrating its appeal with examples of Nazi oppression in Poland.
"The film is experimental in technique, using anamorphic lenses, still and moving images and vivid colour (the Dufay-colour process). While the spoken soundtrack employs a rhetoric heard elsewhere in wartime propaganda, the overall tone of the film is unusually urgent and authentic and in some sequences images combine with music (Chopin, Szymanowski ) to convey a real feeling of loss." - David Finch.

These are the three surviving Themerson films (all others were lost in Nazi-occupied Poland).

Dreams That Money Can Buy