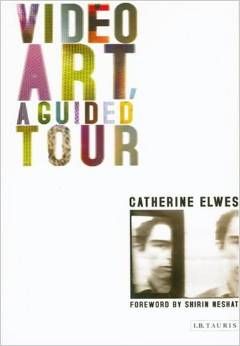 Video art dominates the international art world to such an extent that its heady days on the radical fringes are sometimes overlooked often unknown. Video Art, a Guided Tour is an essential and highly entertaining guide to video art and its history. Elwes, herself a practicing artist and pioneer of early video, traces the story from the weighty Portapak equipment of the '60s and '70s to today's digital technology, from early experiments in 'real time' to the 'new narrative' movement of the '80s. She also examines video's love-hate relationship with television. Artists discussed include, amongst others, Nam June Paik, Nan Hoover, The Duvet Brothers, Dara Birnbaum, Bill Viola, Pipilloti Rist, David Hall, Stuart Marshall, Stan Douglas, Smith & Stewart, Steve McQueen and Sam Taylor-Wood. Elwes brings to life the excitement and political fervour of video art's early days and follows its journey to its current status as the default medium for contemporary art.

Catherine Elwes is a practising video artist, Director of the UK/Canadian Film & Video Exchange and Reader in Moving Image Arts at the University of Arts, London. Her previous book Video Loupe (2000) is an anthology of writings by and about the artist.

1. Introduction: From the Margins to the Mainstream

2. The Modernist Inheritance: Tampering with the Technology, and Other Interferences

5. Language: Its Deconstruction and the UK Scene

6. Television Spoofs and Scratch: Parody and Other forms of Sincere Flattery

Installation and the Moving Image