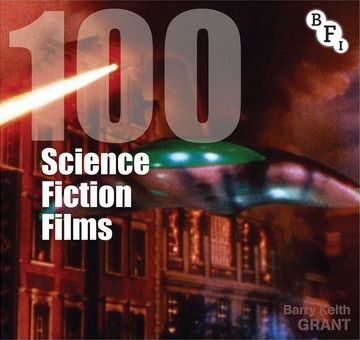 A comprehensive tour through the rich and varied alternate universe of sci-fi cinema, from the infancy of film to the present day

Since its explosion in the 1950s, science fiction has become one of the most popular film genres, with numerous dedicated fan conventions, academic conferences, websites, magazines, journals, book clubs, memorabilia and collectibles. Once relegated to B budget status, today's science fiction films are often blockbuster productions, featuring major stars.

Despite its high-profile, science fiction is notoriously difficult to define. In his introduction to 100 Science Fiction Films, Barry Keith Grant explains the genre's complexities, while also providing an overview of its history, suggesting that the cinema is an ideal medium for conveying the 'sense of wonder' that critics have argued is central to the genre.

From Georges Melies' Le Voyage dans la lune (1902) to the blockbusters of the 1970s that dramatically changed Hollywood, to the major releases of the past few years, the films featured in this book represent a range of periods, countries and types (including alien invasion, space travel, time travel, apocalypse, monsters and anime) and cover the key directors and writers.

100 Science Fiction Films provides a lively and illuminating guide to the genre from the beginning of film history to the present, taking the reader on a comprehensive tour through the rich and varied alternate universe of sci-fi cinema.