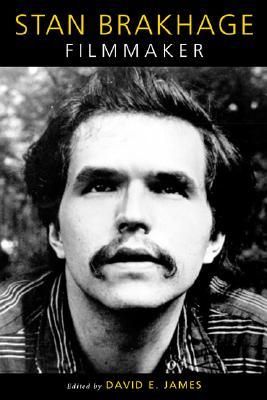 "The scant attention given Stan Brakhage's one-man reinvention of motion pictures is a scandal of academic cinema studies. This generous collection of essays and appreciations, contributed by a wide variety of poets, critics, scholars, and fellow filmmakers, is most illuminating-it beams a welcome light on the terra incognita of Brakhage's accomplishment."
—J. Hoberman, Village Voice

Stan Brakhage: Filmmaker is a collection of essays, photographs, personal statements and reminiscences about the celebrated avant garde filmmaker who died in 2003. The director of nearly four hundred short films, including Dog Star Man, parts I-IV, and The Roman Numeral Series, Brakhage is widely recognized as one of the great artists of the medium. His short films eschewed traditional narrative structure and his innovations in fast cutting, hand-held camerawork and multiple superimpositions created an unprecedentedly rich texture of images that provided the vocabulary for the explosion of independent filmmaking in the 1960s.

Stan Brakhage: Filmmaker chronicles both the director's personal and formal development. The essays in this book--by historians, filmmakers and other artists--assess Brakhage's contributions to the aesthetic and political history of filmmaking, from his emergence on the film scene and the establishment of his reputation, to the early-1980s. The result is a remarkable tribute to this lyrical, visionary artist.