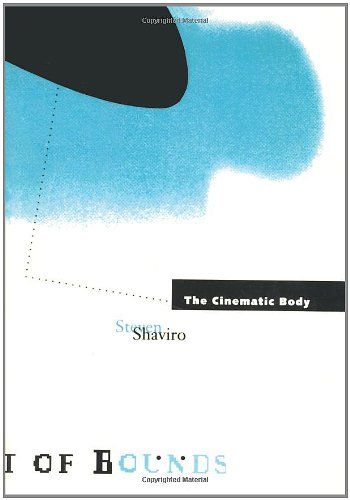 Be the first to review this product
£20.99
By Steven Shaviro
Details
Additional Information
Customer Reviews
Details

In "The Cinematic Body", Steven Shaviro proposes a radical new approach to film viewing. Moving between Jerry Lewis and Andy Warhol, between Fassbinder's gay sex icons and George Romero's flesh-eating zombies, "The Cinematic Body" cuts across disciplinary boundaries and seeks to engage new currents in critical thought. Shaviro radically critiques the Lacanian model currently popular in film theory and film studies, arguing against that model's obsessive emphasis on the phallus, castration anxiety, sadistic mastery, ideology, and the structure of the signifier. "The Cinematic Body", wide in its breadth and variety of scope, is not, however, exclusively a contribution to film studies. Shaviro also provides a broad range of insights on issues of popular culture, postmodernism, the politics of the body, the construction of masculinity and of homo-/heterosexualities, and the aesthetics of masochism. In addition, "The Cinematic Body" intervenes in current debates about the nature and uses of pornography, serving as a manifesto for new forms of cultural expression.

In this volume, Shaviro effectively communicates a sense of the inescapable ambivalences and intensities of contemporary culture, thus affirming a thoroughly postmodern sensibility. This book introduces "Theory Out of Bounds" - a series that encourages transdisciplinary exploration and destabilizes traditional boundaries between disciplines, nations, genders, races, humans, and machines. Steven Shaviro is the author of "Passion and Excess: Blanchot, Bataille, and Literary Theory" and of several articles on the politics of difference, libidinal economy, and theories of sexuality. This book is intended for those interested in literary theory, film theory, and philosophy.

Steven Shaviro is DeRoy Professor of English at Wayne State University. He is the author of "Passion and Excess: Blanchot, Bataille, and Literary Theory" and "The Cinematic Body."