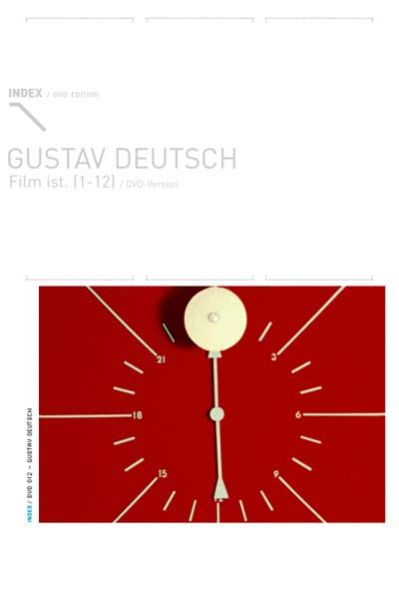 Film ist. [1-6] consists almost exclusively, of sequences from existing scientific films. These films are about the acrobatic flights of pigeons, the intelligence testing of apes; about reversed worlds and stereoscopic vision; hurricanes and impact waves in the air. How glass breaks, children walk and how a Mercedes crashes into a stone wall in slow motion. The contempt with which scientific films are received is not directed against the content, but rather against their conventional, unimaginative, ridiculous and commentary-contaminated appearance. Similarly, the fascination with some of the teaching films can be attributed almost exclusively to the power of their images - images which one has never seen, even in the cinema.

In the beginning a woman emerges from darkness and goes through a door. She glances fearfully into an imponderable exterior shaded midnight blue. What follows occurs rapidly, with related motifs: There is slapstick (fat men and fall guys) and risqué images (women in changing rooms), melodramatic and moving scenes, while others are silly and destructive. Film ist. [7-12] is a collection of moving pictures from the first thirty years of a medium which was then still silent. According to Gustav Deutsch, film is so many things that a catalogue of what it can be must necessarily remain open.

"It is, in a word, glorious.... what I feel is the inherent power and mystery of such material, the arrangement of these images and sounds into a definition of cinema constitutes one of the greatest pedagogic films I have seen.... my main reaction is to have my socks knocked off." - Tom Gunning

Gustav Deutsch is an Austrian filmmaker and artist. Trained as an Architect, he moved to film and art in the late 1980s, and became one of the leading international filmmakers working with Found Footage. His trilogy FILM IST., on the phenomenology of the medium film, realised in close cooperation with European and American film archives, has been shown widely at international film festivals, and in exhibitions in the form of installations