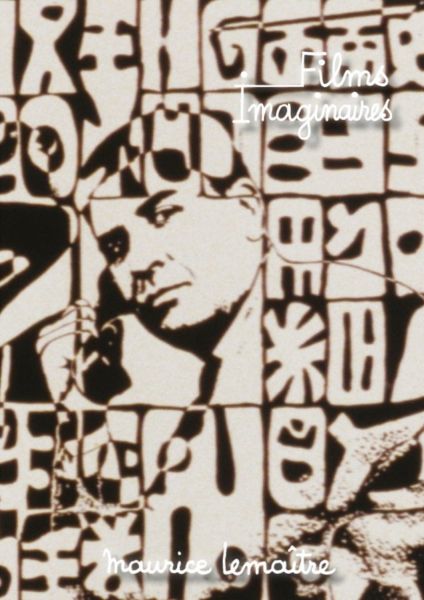 "A major figure in the lettrist movement, Maurice Lemaître revolutionized cinema in 1951 with Le Film est déjà commencé ? (Has the Feature Started Yet?) and invented a new form of performance: 'Syncinema.' His many cinematic works, made between the 1960s and the present day, confirm his position as one of the most important avant-garde filmmakers of his generation." - Christian Lebrat

"Lemaître invented interactive cinema, then pushed it to its limits by distributing instruction manuals as the audience entered the theater, inviting them to take an active part in the screening; and projecting the film directly onto their bodies. The whole operation became a veritable installation, with multiple screens, projections, and performances; Lemaître used his own body and voice, as well as those of his collaborators, as part of the experience. Between 1974 and 1985, he created a series of Films Imaginaires (Imaginary Films), which consisted of printed cards inviting spectators to create their own film by following the minimal instructions typed onto the cards; the resulting film(s) would become an homage to the written word which, transformed by projection, would take on a whole 'other dimension'." - Cécile Giraud

"Films Imaginaires (Imaginary Films) consists of texts from a range of works that had already been published here and there, and that were included in the revised edition of my collected Cinematic Works. I filmed these texts and converted them into inter-titles for projection. The conversion of these texts to frames of film, and their subsequent projection, transforms these “films” into an even more progressive type of cinematic creation." - Maurice Lemaître