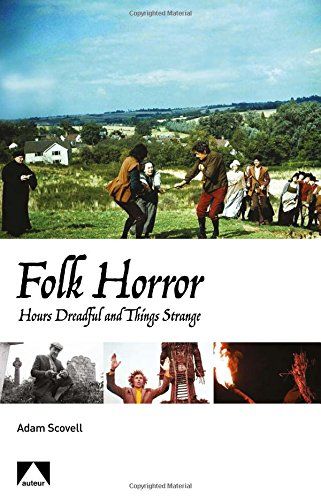 The Wyrd is on the rise

What exactly is Folk Horror? Is it the writing of M.R. James and Alan Garner? Is it the television scripts of Nigel Kneale and David Rudkin, the films of David Gladwell and The Blood On Satan's Claw? Or could it be the paranoid Public Information Films of the 1970s; the Season Of The Witch ; The Advisory Circle reminding us to mind how you go! ; or perhaps a contemporary story of two hit-men caught unknowingly in a class-saturated ritual of violence?

Interest in the ancient, the occult, and the wyrd is on the rise. The furrows of Robin Hardy, Piers Haggard and Michael Reeves have arisen again, as has the Spirit of Dark of Lonely Water, Juganets, cursed Saxon crowns, spaceships hidden under ancient barrows, owls and flowers, time-warping stone circles, wicker men, the goat of Mendes, and malicious stone tapes.

Folk Horror: Hours Dreadful And Things Strange charts the summoning of these esoteric arts within the latter half of the twentieth century and beyond, using theories of Psychogeography, Hauntology and Topography to delve into the genre s output in film, television and multimedia as its sacred demon of ungovernableness rises yet again in the twenty-first century.