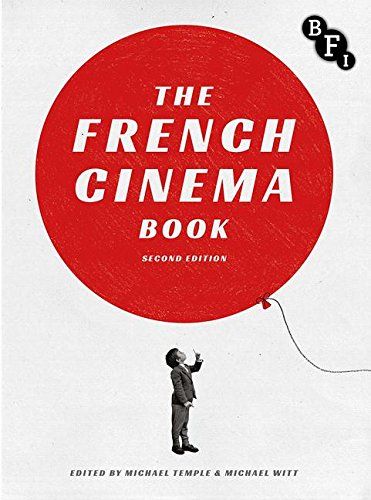 The French Cinema Book offers an innovative and accessible account of the richness and diversity of French film history from the 1890s to the 2010s. This revised, updated and expanded new edition contains contributions from thirty-six leading commentators on French cinema from around the world.

Michael Temple and Michael Witt assemble a broad range of approaches to the study and appreciation of French cinema:

·         BUSINESS: What is the industrial culture in which French cinema has evolved?

·         TECHNOLOGY: To what extent have technological factors determined the course of French cinema?

·         FORMS: How can we study the diversity of film forms practiced across French cinema, and how have the formal ‘languages’ of film changed over time?

·         REPRESENTATIONS: What have French films shown us of France, its society, its concerns, and the changing lives of its citizens?

·         SPECTATORS: How has the audience’s experience of film-going changed in France over time?

·         DEBATES: How has cinema been represented and discussed in French culture?

Whether you are a student, teacher, specialist or simply a fan of French cinema, this book is essential reading.