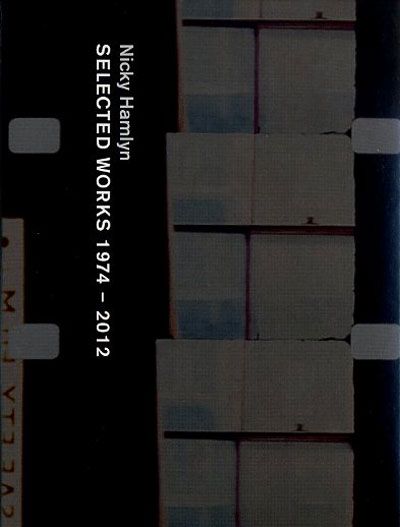 Nicky Hamlyn is one of the UK's key artist filmmakers of the past 30 years, working in 16mm film and video, he has produced a large body of both single screen work and installations in both media. His current practice has two distinct concerns, based on the medium he is using. In much of the film work he has been concerned with developing structures that are derived as closely as possible from the form of the subject matter. In recent years the subjects have been predominantly architectural, but also topographical. He often works frame by frame, in the manner of an animator, and this approach acknowledges the importance of the individual frame as a building block for bigger structures. The aim in establishing a reciprocal relationship between the film frame, the framing edges and the subject’s formal properties, is to eliminate subjective decisions about framing and allow given parameters to have a determining effect. Much of the video work, by contrast, explores the spontaneous interactions between complex events, such as the swirling movements of layers of net curtain, and the video technology used to record process the data it receives. This DVD makes available for the first time his major film and video works from the past 38 years.

"Hamlyn's films offer a delicately observed but rigorous encounter between objects and their depiction, whose motifs embrace spaces (windows, rooms, landscapes, gardens) that parallel the camera frame in both senses - i.e. screen shape and single frame exposures." - A.L. Rees, A History of Experimental Film and Video