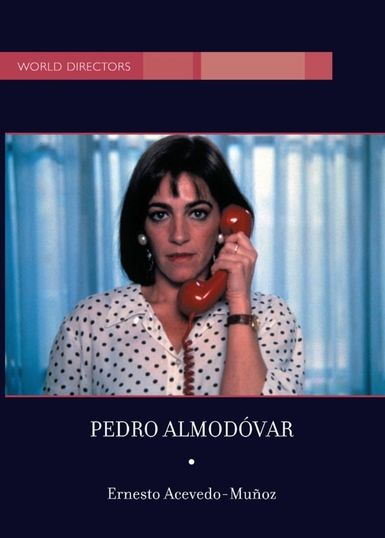 Be the first to review this product
£25.99
Detailed introduction to the essential themes, style and aesthetics of the most famous of all Spanish film directors.
Details
Additional Information
Customer Reviews
Details

The book provides a detailed introduction to the essential themes, style, and aesthetics of Pedro Almodovar's films, put in the context of Spain's profound cultural transitions since 1980. With precise and close analysis, the book covers the major concerns of the most successful of all Spanish film directors and makes direct, clear connections to the logic of Almodovar's aesthetic and stylistic choices.

By spanning the entirety of Pedro Almodovar's feature-making career, the book emphasises the director's sensibility to make the outrageous believable and to always give a unique spin to the issues of Spanish history, culture and identity. A detailed and comprehensive approach to all of Pedro Almodovar's feature films from the outrageous 1980 Pepi, Luci, Bom and Other Girls on the Heap to the sophisticated 2004 Bad Education, this book provides an intimate look at the topics, style, aesthetics and cultural sensibilities of Spain's most distinguished and celebrated film director since Luis Bunuel.

By focusing on a film-by-film and often scene-by-scene analysis, this book offers a meticulous interpretation of characters, situations, allusions and cultural intersections as well as emphasising the meaning and weight of cultural, historical and social contexts. The book traces the evolution of Almodovar's career, from the perspective of aesthetic, narrative and stylistic concerns and places those changes in the logical context of Spain's historical trajectory from the end of Franco's dictatorship to the transition to democracy, exploring Almodovar's interest in issues of identity, sexuality and nationalism.