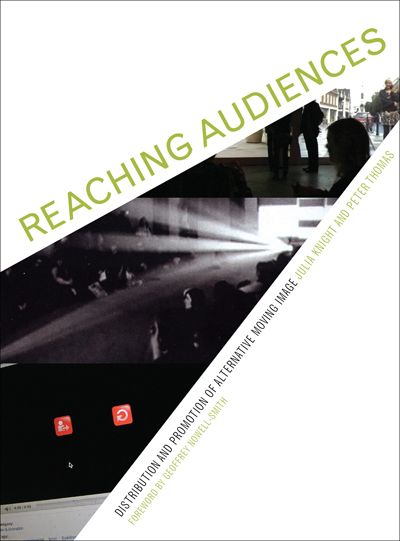 by Julia Knight an Peter Thomas

From Hollywood blockbusters to art films, distributors play an important role in getting films in front of audiences and thus in shaping the nature of film culture. Of central concern to Reaching Audiences are the distribution practices developed to counter Hollywood’s dominance of the marketplace, designed to ensure audiences have access to a more diverse moving image culture. Through a series of case studies, the book tracks the inventive distribution and exhibition initiatives developed over the last forty years by small companies on the periphery of the United Kingdom’s film industry - practices now being replicated by a new generation of digital distributors. Although largely invisible to outsiders, the importance of distribution networks is widely recognized in the industry, and this book is a key contribution to our understanding of the role they play.

Working Together: Notes on British Film Collectives in the 1970s