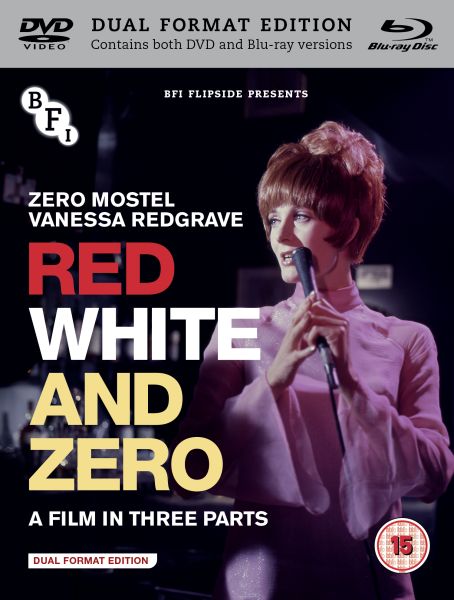 Previously unavailable on DVD or Blu-ray, this 1967 portmanteau feature from Woodfall Films is a major rediscovery

Never before released in the UK, Woodfall Films' 1967 portmanteau feature is a major rediscovery. Composed of three shorts – Ride of the Valkyrie, The White Bus and Red and Blue – from three of Britain’s most celebrated directors - Lindsay Anderson, Peter Brook and Tony Richardson – Red, White and Zero embodies the creativity and audacity at the heart of swinging 60s cinema.

Comic legend Zero Mostel stars as an opera singer (in full costume) navigating the London transport network as he attempts to reach Covent Garden in Ride of the Valkyrie.

Scripted by Shelagh Delaney, The White Bus blends realism, drama and poetry as a despondent young woman travels home to the North of England.

• Kevin Brownlow on Red, White and Zero (2018, 15 mins): the Red and Blue and The White Bus editor on making the films

• Billy Williams on Red and Blue (2018, 14 mins): the cinematographer recalls working with Tony Richardson on the third segment