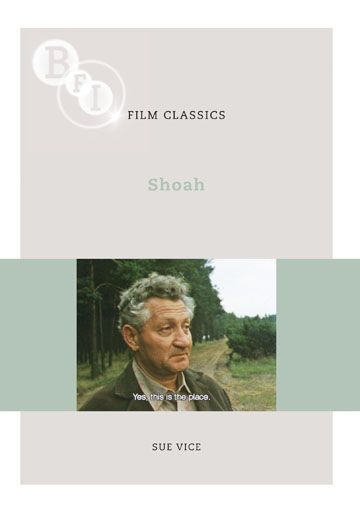 In this insightful study, Sue Vice explores Shoah both as cinema and as an example of Holocaust representation.

Claude Lanzmann's epic 1985 film Shoah is the distillation of more than 350 hours of footage gathered over eleven years. The film tells the story of the Holocaust through interviews with survivors of the extermination camps, bystanders who watched or participated in mass murder, and some of the perpetrators of genocide. As a filmic document of the Holocaust, it shuns those staple elements of archival footage or a consistent voiceover that characterise other classic works. Instead, it is composed entirely of eyewitness interviews in a wide range of settings, contrasted with footage of landscape in the present, and with the chilling imagery of travelling trains. In this way, Shoah's effect is to represent the past, but only as it exists in the present, and it is, in Lanzmann's phrase, a 'fiction of the real', and not a simple documentary.

In this insightful study, Sue Vice explores Shoah both as cinema and as an example of Holocaust representation. In addition, the author follows Lanzmann's declaration that 'Shoah is a fight against generalities' in emphasising the importance of the detail in both dialogue and filmic technique. Vice uses close readings of some of the film's interviews - including that with Abraham Bomba, a barber at the death camp Treblinka, and one secretly filmed with Franz Suchomel, a guard at the same camp - to explore the background to the film, the difficulties in its financing and production, and the long process of editing that led to Lanzmann's realisation that 'the subject of my film is death itself, death and not survival'.