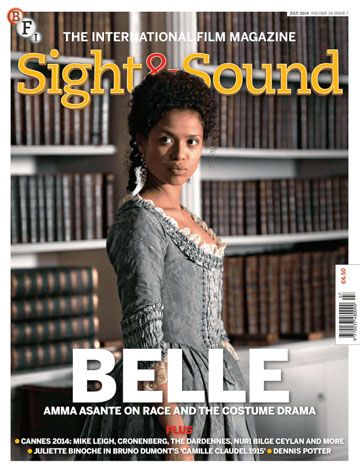 COVER FEATURE: Portrait of a lady

Amma Asante’s Belle presents a fictionalised account of the true tale of a mixed-race aristocrat in 18th-century England, a delicate portrait of the complexities of race and racism that strives to show that nothing in life is ever simply black and white. By Ashley Clark.

Angels and devils: the dark dreams of Dennis Potter

Britain’s pre-eminent television dramatist produced a body of work unmatched for the range of its polemical concerns. Pioneering the use of experimental techniques designed to shake viewers from their passive slumber on the sofa, his barbed, darkly comic work laid bare his own demons as he sought to shine a light on the nation’s spiritual longings, sexual anxiety and political malaise. By Graham Fuller.

Bruno Dumont’s austere evocation of the life of a troubled artist in a French asylum, Camille Claudel 1915, is driven by a complex, enigmatic performance by Juliette Binoche. Here the director explains why he urged her to ‘do nothing’ in front of the camera, and how the transcendent power of cinema helps transform reality to reveal the sacred in everyday life. By Jonathan Romney.

Love among the ruins

A nationalist who sought to promote Confucian values, director Fei Mu emerged with China’s Second Generation in the 1930s but rejected their leftist political agendas. Pursuing his own poetic, experimental trajectory, his cinematic voice found full flower in 1948’s Spring in a Small Town, the tale of a love triangle set amid the post-war devastation of the Yangtze Delta. By Noah Cowan.

Aatsinki: The Story of Arctic Cowboys
The Art of the Steal
Bastards
Battle Company: Korengal
Belle
Blended
Brick Mansions
Camille Claudel 1915
Chef
Chinese Puzzle
Common People
Cycling with Molière
Devil’s Knot
The Fault in Our Stars
Godzilla
Grace of Monaco
The Hooligan Factory
In Secret
Leave to Remain
Mariachi Gringo
Miss Violence
Mistaken for Strangers
Oculus
Of Horses and Men
112 Weddings
The 100-year-old Man Who Climbed out of the Window and Disappeared
The Other Woman
Plastic
Return to Homs
Road
Secret Sharer
Seven Streets, Two Markets and a Wedding: Glimpses of Lost London 1930-1980
3 Days to Kill
Touchy Feely
When I Saw You
X-Men Days of Future Past
The Young and Prodigious T.S. Spivet