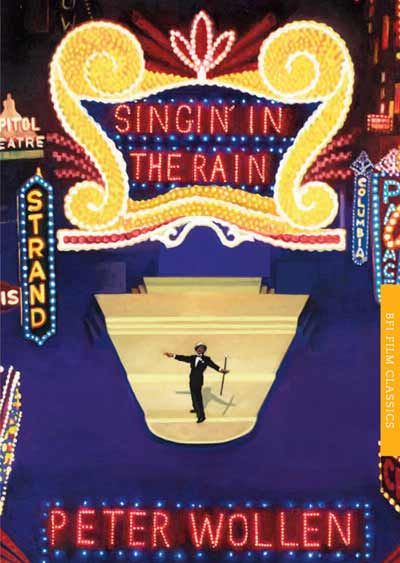 Be the first to review this product
£12.99
by Peter Wollen
Details
Additional Information
Customer Reviews
Details

Sixty years after its release, Singin' in the Rain (1951) remains one of the best loved films ever made. Yet despite dazzling success with the public, it never received its fair share of critical analysis. Gene Kelly's genius as a performer is undeniable. Acknowledged less often is his innovatory contribution as director.

Peter Wollen's illuminating study of Singin' in the Rain does justice to this complex film. In a brilliant shot-by-shot analysis of the famous title number, he shows how skilfully Kelly weaves the dance and musical elements into the narrative, successfully combining two distinctive traditions within American Dance: tap and ballet.

At the time of the film's production, its scriptwriters Betty Comden and Adolph Green, and indeed Kelly himself, were all under threat from McCarthyism. Wollen describes how the fallout from blacklisting curtailed the careers of many of those who worked on the film and argues convincingly that the film represents the high point in their careers.

In his foreword to this special edition, published to celebrate the 20th anniversary of the BFI Film Classics series, Geoff Andrew looks at the film's legacy and celebrates the passion, lucidity and originality of Wollen's analysis. Summing up its enduring appeal, Andrew writes: 'Singin' in the Rain isn't just a musical, it's a movie about the movies.'

The Sound of Musicals