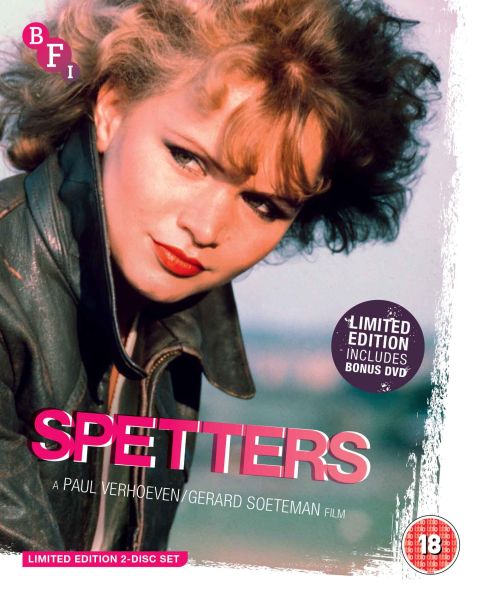 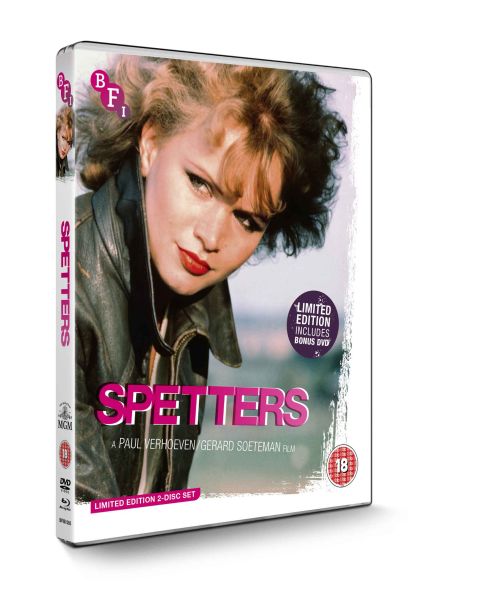 Raw, intense and unabashedly sexual, Spetters is a wild ride that will knock the unsuspecting for a loop. Stuck in a dead-end town on the outskirts of Rotterdam, three young friends Rien, Eef and Hans have one thing in common, their passion for motorcycle racing, which each sees as his ticket to a better life. But a deeper passion will soon rule each of their lives, when a sexy, ambitious blonde (Renée Soutendijk, The Fourth Man) comes between them and provokes a series of unforeseen events.

This new limited edition of Spetters is presented in a two-disc set, with a Blu-ray disc featuring the film itself, and a bonus DVD packed with extras.