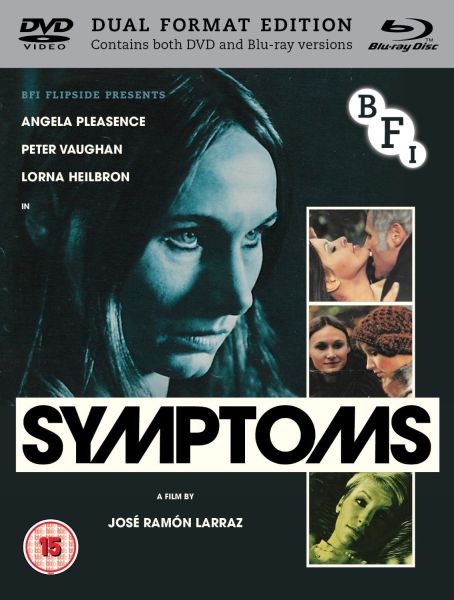 Larraz's dark and stylish film tells of a young woman (Lorna Heilbron) who is invited by her girlfriend (Angela Pleasence) to stay at her remote English country mansion. Events take a disturbing turn when a menacing groundkeeper (Peter Vaughan) interrupts their time together, and a woman's body is found in the mansion's lake.

Other than a limited theatrical release and a late-night screening on British television in the early 80s, Larraz's film has slipped into obscurity, and the original negative was long thought lost, assuring it a place in the BFI's 'Most Wanted' list. Following the rediscovery of the original negatives in 2014, the dark delights of Symptoms can finally be experienced again in this new restoration, undertaken by the Belgian Cinematek.