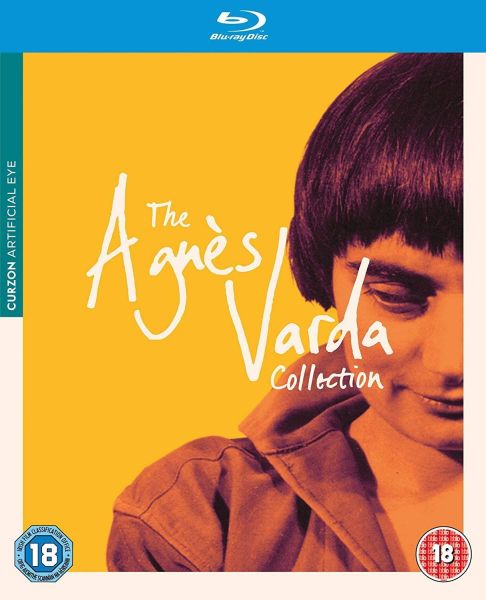 Revered for her bold political and autobiographically inspired work, Agnès Varda is a seminal feminist filmmaker and matriarch of the French New Wave.

Her influential career began in the 1950s with La Pointe Courte - often considered the unofficial first film of the New Wave - and continued for seven decades, and in 2017 she became the first female director to be awarded an honorary Oscar.

The Agnès Varda Collection is a selection of her most illuminating narrative features. The Blu-ray box set contains eight discs spanning six decades of Varda’s feature films, over six hours of special features (including interviews, featurettes and short films) plus a specially commissioned 100-page book.

In La Pointe Courte (1955), Varda's directorial debut, the semi-documentary explores the complexities of a marital relationship. Set against the backdrop of daily life in the Mediterranean fishing village of La Pointe Courte, the film follows young married couple Parisian Elle (Silvia Monfort) and local man Lui (Philippe Noiret) as they struggle to adapt to their changing lives after making the decision to move back to his birthplace.

In Cleo from 5 to 7 (1962), while waiting for the result of a medical test, French singer Cleo (Corinne Marchand) spends a couple of hours - shown in real time - wandering through the streets of Paris. Along the way she meets up with her lover and with her composers, visits her model friend Dorothee (Dorothee Blank), has a brief affair with a passing soldier, drinks coffee and buys a new hat with her maid before finally meeting up with her doctor to receive the diagnosis.

In Le Bonheur (1965), François (Jean-Claude Drouot), a happily-married carpenter with a young family, finds himself falling in love with telephone operator Emilie (Marie-France Boyer). As he basks in the joy and passion of his new relationship, he finds that far from feeling alienated from his family, his feelings for them are actually enhanced and intensified. But when he tries to share his joyful discovery with his wife, her reaction is far from the delight that François hoped for.

One Sings, the Other Doesn't (1977) charts the friendship of two women against the backdrop of the feminist movement of the 1960s and '70s. When middle-class teenager Pomme (Valérie Mairesse) helps her troubled 20-something neighbour Suzanne (Thérèse Liotard) to find the money for an abortion, a lifelong friendship between the two women ensues.

Vagabond (1985) tells the story of the final few weeks of the life of female drifter Mona (Sandrine Bonnaire), who feels incapable of participating in ordinary French society. Beginning with her death, the film presents Mona's final perambulations through the lives of various characters, all of whom offered different potential for escape.

In Jacquot De Nantes (1992), the childhood of director Jacques Demy is recreated by his widow, Varda. Shot in black and white on location in Demy's childhood home, the film is intercut with actual footage of the young Demy and with scenes from his early films.

In The Gleaners and I (2000), Varda examines the lives of those who live off-grid in France. Gleaning is the act of gathering the leftovers from a harvest after the main, profitable crop has been taken away by the farmer. As well as examining the lives of gleaners, who subsist from the remnants of modern agriculture, Varda extends the metaphor to enquire about those who live by more modern forms of gleaning.

Finally, in The Beaches of Agnès (2008), Varda relays her own story by employing a range of filmic techniques, including the re-staging of dramatic events in her life and the use of symbolic visual sets that combine to flesh out her thoughts and concepts, while at the same time giving an insight into her creative processes through the years.