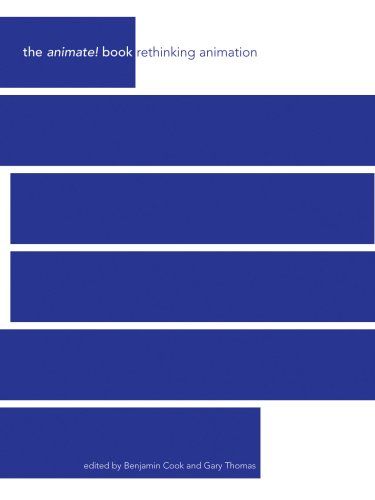 animate! is a groundbreaking commissioning project established by Arts Council England and Channel 4 to support risk taking and experimental animation works for television. Exploding the traditional preconceptions of what animation is and could be, animate! exists to break down barriers and challenge expectations. The animate! book explores the vibrant discourses round the project, taking it as a jumping off point for a wide ranging exploration of the relationship between art and animation and the place of animation and its concepts in contemporary art practice.

Animation = A Multiplication of Artforms? by Edwin Carels

Build It and They Will Come: animate! and the Extended Imagination Gareth Evans, with Dick Arnall

Occupation: Animation and the Visual Arts by Ian White

Curating The Animators by Angela Kingston

Includes a DVD of 10 films commissioned by animate!

Animate TV: 20 Years of Experimental Animation from the UK