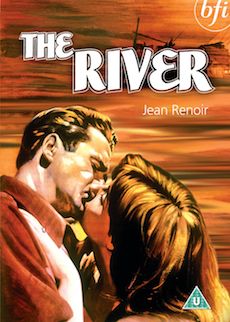 Winner of the International Prize at Cannes in 1951.

Jean Renoir's intoxicating first colour feature – shot entirely on location in India – is an adaptation of Rumer Godden's autobiographical coming-of-age tale of an adolescent girl living with her English family on the banks of the Ganges during the waning years of British colonial life.

Exquisitely shot in luminous Technicolor by Renoir's nephew Claude, The River is a visual tour de force and a glorious, meditative tribute to the sights and sounds of Indian culture.

Its central character (and the film's narrator) is 14-year-old Harriet (Patricia Walters), the eldest of five children. Harriet and her beautiful, slightly older friend Valerie (Adrienne Corri) experience the intensity of first love when Captain John (Thomas E Breen) comes to stay with their neighbours, a mixed-race family with a daughter, Melanie (Radha), of similar age. Captain John, who has lost a leg in active service, captivates the three teenagers, each of whom develops romantic feelings towards this heroic and enigmatic young man.

Perhaps Renoir's most symbolic and spiritual film, displaying great humanity and refreshing simplicity, The River received tremendous international acclaim and remains one of his most popular films.