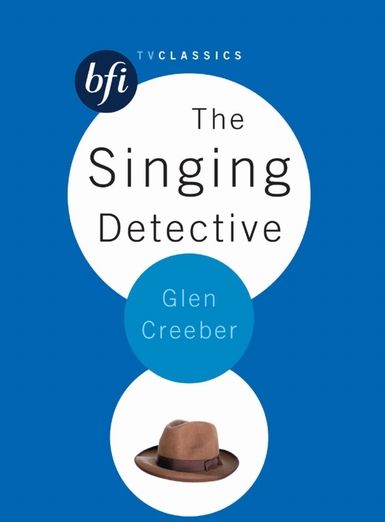 Be the first to review this product
£18.99
Comprehensive study dissecting the array of themes and techniques at play in Dennis Potter's complex and controversial drama.
Details
Additional Information
Customer Reviews
Details

The Singing Detective (BBC, 1986) has been described by novelist Stephen King as 'the Citizen Kane of the miniseries'. Voted number five in the BFI's greatest television drama series/serial of all time, its innovative techniques and multi-layered narrative structure make it a truly remarkable piece of storytelling that has become internationally influential.

Written by Dennis Potter (Pennies from Heaven, Brimstone and Treacle, Blue Remembered Hills) and directed by Jon Amiel (Sommersby, Copycat, Entrapment), it is a landmark piece of television drama that will forever set the benchmark upon which other programmes are now judged. Controversial, challenging, innovative and consistently moving, it is television at its very finest and most memorable.

Essentially a psychological whodunit, The Singing Detective has found praise for the way in which it was able to dramatise and deconstruct the dreams, fantasies, hallucinations and paranoid delusions of its central protagonist, Philip Marlow (Michael Gambon). Combining genres such as the Hollywood Musical, hospital drama, sitcom and film noir, it creates an intoxicating array of forms, themes and stylistic techniques and turns them into a vivid and entertaining discovery of the self.

In this unique and comprehensive study, Glen Creeber (author of Dennis Potter: Between Two Worlds, Macmillan, 1998) dissects the serial's sometimes bewildering array of themes and techniques. It draws on new and previous research, bringing together a wide range of debates and issues in a lively and entertaining manner. In particular, Creeber explains the densely religious structure of the serial; its exploration into the power of language, storytelling and authorship; its investigation of the ambiguous power of popular culture; its complex psychological construction of illness and sexuality and its implicit deconstruction of realist forms and techniques.

This is an essential book for anyone interested in this landmark television drama or in the artistic potential of television as a whole.