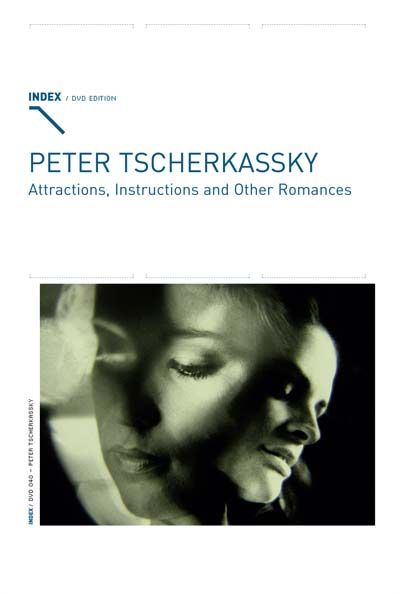 This new DVD compiles eight short films by Peter Tscherkassky, including the multi-awarded and breathtaking Instructions for a Light and Sound Machine and his most recent film Coming Attractions. Along with Films from a Dark Room - featuring Tscherkassky's internationally celebrated found footage trilogy: L'arrivee, Outer Space, Dream Work - this new release on INDEX offers an exhilarating excursion in Peter Tscherkassky's radical cinema.

“While engaged in a process of deconstruction, Peter Tscherkassky also recognizes the power of cinema, utilizing its control over space and time, in order to uncover the energies of motion and story, of the violence inherent in both revolt and containment. As the materials of the moving image now undergo transformation, as the very term film perhaps become anachronistic, his films make clear that a radical cinema does not simply fetishize the material that filmmakers work with, but rather interrogates those materials and forms for the energies they contain and the meanings they can liberate, through the labor and processes which the maker and the viewer participate in. The future is still arriving, even as the past is constantly being restaged and reinvented within the dark rooms of motion pictures.” - Tom Gunning