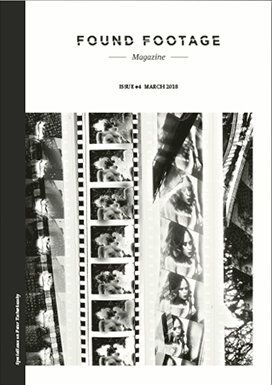 On the surface, the films of Peter Tscherkassky seem to align with the guiding principle of most experimental cinema (especially that which employs found footage). In Tscherkassky’s words, that guiding principle is “to diminish the distance between the viewer and what is being viewed, to create a cinema that can be experienced as a physical experience, and to provoke a kind of active seeing”. While this broad description might be applied to a wide range of avant-garde modes, from the Dadaist films of the silent era to the most recent mixed-media installations, it underscores a formalist approach that seeks to strip the cinematic process of its homogenizing forces (narrative, character, representation) until all that’s left is the bare, beating heart of the moving image.

This is the realm of the abstract, or so it seems: a world where legibility and meaning matter less than sensorial impact and theoretical subtext. Indeed, while Tscherkassky’s approach undergoes significant changes throughout his career, what remains consistent is the foregrounding of the cinematic apparatus and the raw materials with which it works its illusionist magic. From the crude, punkish energy of Aderlaß (1981) to the libidinous dreamscape of The Exquisite Corpus (2015), there’s no escaping the immediacy of cinema as a tactile and sensuous object.

Exploding Visions, An Interview with Winston Hacking, by Clint Enns