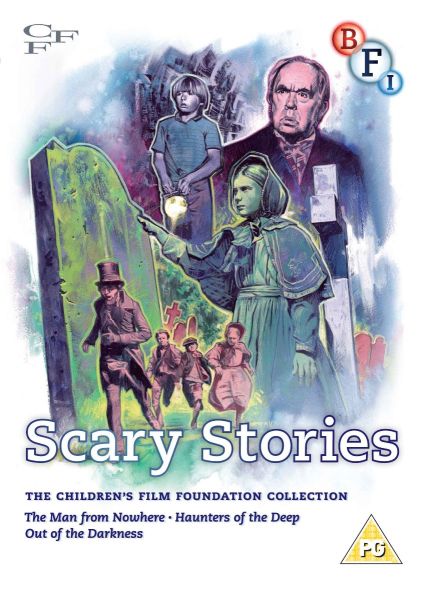 For over 30 years the Children’s Film Foundation produced quality entertainment for young audiences, employing the cream of British filmmaking talent. Newly transferred from the best available elements held in the BFI National Archive, these much-loved and fondly remembered films finally return to the screen after many years out of distribution in this specially curated DVD release from the BFI.

The Man from Nowhere is a beautifully told Victorian gothic thriller from acclaimed director James Hill. Young orphan Alice has been invited by her rich uncle to live in his country mansion but she soon finds herself persecuted by the apparent visitations of an unsettling stranger. Who is this ‘man from nowhere’ and just why is he trying to scare her away?

The events in Haunters of the Deep take place along the dramatic Cornish coastline. Intent on re-opening a disused tin mine, an American businessman ignores warnings about the site’s grisly past. It’s left to his bored daughter and local lad, Josh, to attempt a daring rescue when history threatens to repeat itself.

In John Krish’s Out of the Darkness, a Derbyshire village is haunted by a tragic secret from the era of the Black Death. When the Neils decide to buy a run-down cottage they are unaware that it was once inhabited by a plague-stricken family. Soon, the Neil siblings find themselves in the middle of a thrilling adventure, assisted by their friend, Tom, and a local folklore expert (played by Michael Carter – The Keep, Return of the Jedi).