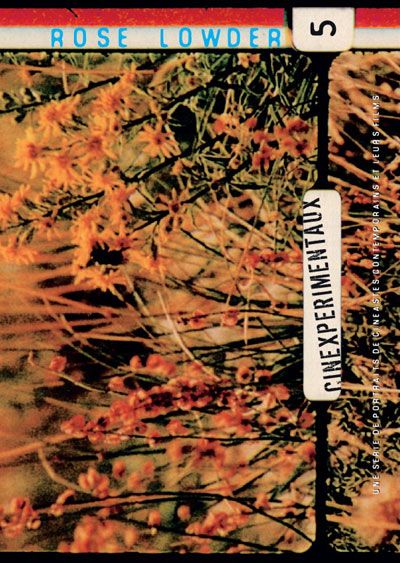 Rose Lowder is an artisan of cinema. Her 16mm camera takes the place of a loom for the weaving of images. She has consecrated her life to these tapestries, these embroideries whose motifs have for many years come from nature, in a state of incessant becoming. Like her elders, the Impressionist painters, she renders her bouquets stroke by stroke, image by image, color after color, to give life to her pointillist compositions in motion.

Rose Lowder was born in 1941 in Miraflores near Lima, Peru. She studied painting and sculpture at workshops and art schools in both Lima and London, subsequently pursuing her artistic practice while earning a living as an editor in the film industry. in 1977 she focused her research on the visual aspects of the cinematic process, dedicating herself to the investigation of perception.