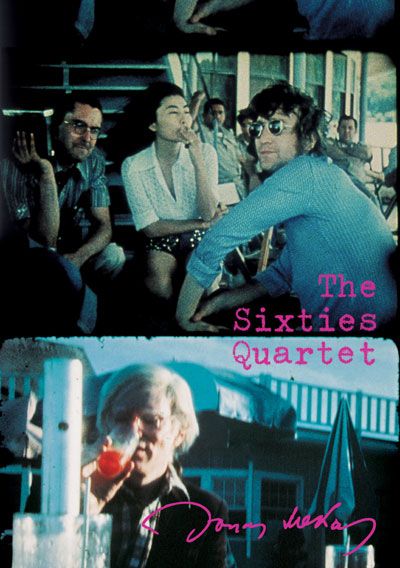 Jonas Mekas was born December 24, 1922.  He was a Lithuanian-American filmmaker, poet and artist who has often been called 'the godfather of American avant-garde cinema.' His work has been exhibited in museums and festivals worldwide. He was co-founder of the Anthology Film Archives in New York City.

This DVD contains:
Scenes from the Life of Andy Warhol: Friendships and Intersections, 1990, 35 min
Jonas Mekas is know for his rapid-fire diary films. His Scenes from the Life chronicles not only Andy Warhol, but also the social and cultural excitement that swirled around him, throbbing to a hypnotic Velvet Underground beat.

Zefiro Torna or Scenens from the Life of George Maciunas, 1992, 35 min
'Bits of Fluxus events and performances, and picnics with friends (Almus, Andy Warhol, John Lennon, Yoko Ono, etc.), George's wedding and footage I took of him in Boston hospital three days before he died." - Jonas Mekas

This Side of Paradise, 1999, 35 min
With Jackie, Caroline and John Kennedy Jr."I had the fortune to spend some time, mostly during the summers, with Jackie Kennedy's and her sister Lee Radziwill's families and children. Cinema was an integral, inseparable, as a matter of fact, a key part of our friendship." Jonas Mekas